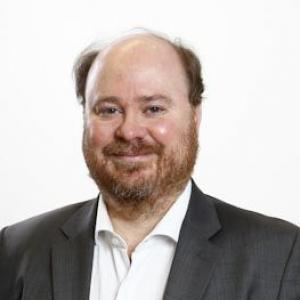 Professor and researcher at Getulio Vargas Foundation (SP) since 1995. He holds a doctorate in Political Science from the University of São Paulo (2000), a master's degree in Political Science from the University of São Paulo (1995), a degree in Social Sciences from the University of São Paulo (1990), in addition to an incomplete degree in Social Communication with Qualification in Advertising from the Escola Superior de Propaganda e Marketing (1987-1989). Winner of the Moinho Santista Award for the best Brazilian political scientist in the youth category (2001), winner of the Lourival Gomes Machado award, as the best master's dissertation in the Political Science department at USP (1998) and winner of two ANPAD awards for the best Administration work in the country (1998 and 2003). . He was Head of the Department of Public Management (GEP), between 2018 and 2019. He held the position of Coordinator of the Graduate Course in Public Administration from 2011 to 2017. Previously, he held the position of Coordinator of the Master and Doctorate Programs in Public Administration and Government ( 2006 - 2010). He was a professor at the Policy Department at PUC (SP), from 1996 to 2008, and vice-coordinator of the International Relations course at that same university. Since 1993, he taught courses on Public Management and Public Policies at the National School of Public Administration (Enap). Worked as a political columnist for the newspaper Valor Econômico S / A from 2000 to 2006 and returned to that role in 2013. He was also a columnist for Revista Época from 2007 to 2013, and today he is a presenter of the Program Discuta, São Paulo, on CBN radio. He is one of the editors of the Blog Gestão Pública & Sociedade in the newspaper Estado de S. Paulo. He coordinated the Political Power and Democratic Controls WG of the National Association of Graduate Studies and Research in Social Sciences, between 2005 and 2006 and between 2013 and 2015. He was Assistant Secretary of the Brazilian Political Science Association (2001-2002) and held the position of president of the National Association of Public Research and Education (ANEPCP) in 2015. From August 2019 to February 2020, he served as a visiting researcher at the Massachusetts Institute of Technology (MIT), United States, studying the theme of educational reforms. He is a consultant to governments and NGOs in Brazil, as well as international organizations, such as the IDB, UNDP, World Bank, Spanish Cooperation Agency, UNESCO and WWF. He has already done international consulting projects in Latin American countries and in Mozambique. Researches themes in the areas of Political Science, Public Administration, Public Policies and Comparative Politics, with emphasis on issues related to Education, Intergovernmental Relations and Federalism, as well as on State Reform and Public Management.

Any opinions expressed by Fundação Getulio Vargas’s staff members, duly identified as such, in articles and interviews published in any media, merely represent the opinions of these individuals and do not necessarily represent the institutional viewpoints or opinions of FGV. FGV Directive No. 19 / 2018.